So if you are anyone who lives in the DLF area of Gurgaon, you are prone to provide sympathy to all your friends who have to travel to or around Sohna road. Even though it is essentially an extension of Gurgaon, somehow I rarely end up going there. One of the biggest issues is the traffic. Firstly the roads are not in a good condition and secondly you never know where you might get stuck in hour long jams. Keeping this aside, that area is bustling with food joints for us to try. I had been passing up on meeting a friend for a while now but eventually traveled to Sector 50 and we went to Shawarma House to grab a bite.

It is located on the first floor of Eros City Square mall. Its not a literal mall but more of a shopping complex that seemed a bit vacant to me at the moment. The mall area is pretty spacious with ample parking available. The outlet is small with a seating capacity of about 10-12 people. The service was very nice and the staff was super polite. My experience was a bit soured as the air-conditioning was not able to cope up with the heat that day. The other thing can be that they are cooking right in front of you and the heat was counter balancing the cooling effect. 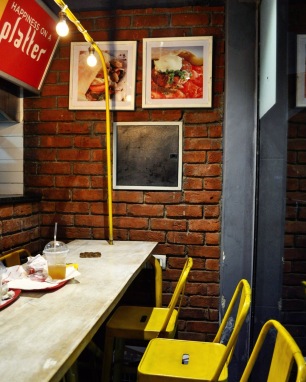 They have all the ingredients laid out in front of them and cook and assemble everything in front of you. If you need any alterations, you can specify the same to them. They do take a little time to get the ordered prepared but the wait isn’t that much.

Their Chicken Shawarma was the first thing I tried off the menu. It had shredded chicken in a wrap with hummus, garlic sauce, harissa, onions, tomatoes and pickle. The taste was good however it is not the usual shawarma I had gotten used to eating in Dubai or at Al Bake (which is the epitome of Shawarma for me personally). I would say it was more of an Indianized version of it. 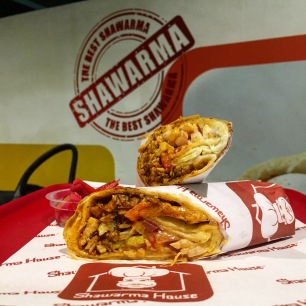 Next I tried the lamb kafta kebab that had ground lamb patties with rosemary, mint, cumin powder and olive oil. It was served in a plastic tray with boxes containing triangular slices of pita bread, hummus, cream and tomato dip, french fries and fattoush. The kebabs were drizzled with some yoghurt and were quite good. What deserves a special mention is the combination of that warm pita bread and hummus. I do tend to get nauseated with hummus served at a lot of places (something reacts wrongly with my taste buds and I’m sure what that is) but I simply loved this one! Also another beauty on the plate were their french fries covered in some herb (or if I had to guess I would say it was za’atar). It was absolutely delicious! The fries were the right blend of flavour, crispiness and temperature.

With this we tried the Lamb shawarma platter that was quite similar to the above tray, just that it had lamb pieces covered in a spicy sauce and topped off with yoghurt. The lamb was nice and spicy.

We also tried the Chicken quesadilla and since this is a shawarma house, this was also served with a side of hummus. This had chicken stuffed in khubus bread with mint hummus, onion, bell pepper and cheese. I quite liked this Lebanese twist on a Mexican dish. Like I mentioned earlier, the cuisine is not truly Lebanese but an adaptation of it.

If you get thirsty you can sip on a paper boat, lemonade or soft drinks as you please. 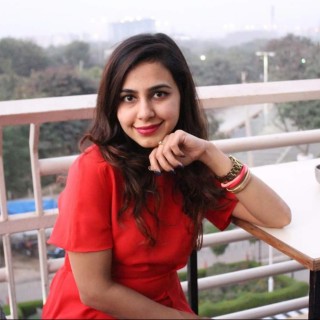 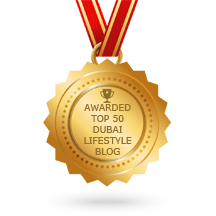